Cortés, 41, was member of the Alto Mira and Frontera Community Council, and wanted to make the public aware about the violence against Indigenous and Afro-Colombian communities in the area. The council was one of the first to report the massacre.

“We are deeply affected by this death, just days after we met in Tumaco with him and the other members of the community council of the area, where painful events left six peasants dead and dozens wounded,” said the official statement from the Nariño government published in Semana.

Tumaco is known as a strategic port city for drug traffickers. And following the massacre earlier this month, it has been home to an increase in confrontations between illegal armed groups.

The unrest began after farmers in the area started protesting against the governments plan to reduce the production of coca crop, which is an important means of livelihood in the region. Tumaco is one of Colombia’s largest coca growing regions with almost 17,000 hectares under coca cultivation.

The local community council in which Cortés was a significant member has been publicly denouncing the current violence subjected on the civilian population, particularly the human rights violations against the Afro-Colombian, Mestizo and Indigenous communities in the region.

He was one of seven community leaders to receive death threats in the recent months. 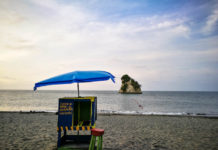 Colombia’s most wanted guerrilla wounded in shootout with military