Home In This Edition Opinion: Living in the moment instead of on a smartphone

In 2016, researchers announced that the number of mobile phone users worldwide would reach 4.68 billion in 2019, with mobile phones penetrating all major national markets. These projections were not wrong.

We live in a world where people are rarely mentally present, as shown by headlines, like the one in Forbes that read, “Phone addiction is real – and so are its mental health risks.” In 2017, The New York Times stated – thanks to a study conducted by Asurion – that on average, Americans check their phones once every 12 minutes, or 80 times a day. They also struggle to go just over ten minutes without glancing at their mobile device.

Pictures circulate on the web of individuals mindlessly scrolling on their phones while missing out on everyday activities, including spending time with family and actively watching over their children. Furthermore, let us not forget that technology and mobile apps have also crept into the thrills of dating. A simple left or right swipe will give you a solid dose of oxytocin without requiring an actual physical interaction.

Colombia is no exception. While its citizens are hooked on their phones, a perceived lack of security stops them from constant use, especially in public spaces. There’s a direct correlation between phone use and fear of phone theft. In general, those in Europe and North America do not actively worry about the consequences of taking their phones out in public. In Colombia, on the other hand, many have been victims of robberies or pickpocketing, especially on public transportation. And if it hasn’t happened to them, they’ve seen it, or it’s happened to a friend. People do not want to risk losing a valuable possession just to check a simple phone notification.

In a way, the collective instinct to safeguard valuables in public has led to a rare phenomenon in this day and age: being present. Colombians are aware of their surroundings, they look out the windows on public transport, and they interact with the people around them. Technology takes a backseat while we enjoy the here and now – at least if they are being cautious and limiting their phone use in public.

Colombians seem less likely to have a constant social media or online presence, since they are less likely to post immediately. With each content-creation opportunity, like an Instagram post of a decadent meal, checking into a location on Facebook, or posting a spontaneous, witty tweet, Colombians must decide if the immediacy of their posts outweighs the risk of taking out their phones. This propensity for spending less time on their phones leads to people going on actual dinner dates, having proper conversations on public transport, and actively listening to the city’s buzzing chaos.

Researchers from the United Kingdom and the United States have done studies affirming that people have become increasingly dependent on their mobile devices. The Telegraph published a study stating that the average person in the UK spends more than one day a week online. According to the report, this is the “decade of the smartphone,” with people spending twice as much time online as they did 11 years ago. This is partially due to the amount that people use their smartphones to access the internet.

Even though Colombians also participate in this high rate of mobile device use, the tendency to be cautious with public mobile phone use has led to an unintended consequence: mindfulness and presence. Though it is not by choice, the silver lining to Colombia’s insecurity is that when we step out onto the street or into the Transmilenio, we are forced to put their precious devices away and just be. 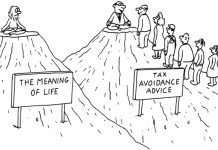