Building change stems from building new role models to get women out of unpaid labor roles and into the country’s laboratories and management boards.

Colombian girls need to see more Colombian women in STEM careers if they are to consider them a possibility in their own lives. This according to a panel of experts assembled for MujerSTEM, a day-long event organized by the Escuela Colombiana de Ingeniería Julio Garavito.

The event brought together female Colombian and American engineers and scientists to discuss ways in which Colombia can encourage more women and girls to pursue career paths in science, technology, engineering, and maths, commonly referred to as STEM.

Colombia and its female scientists do have a presence in scientific research. For example: Dr Marta Losada Falk, a high-energy physicist, President of the Universidad Antonio Nariño, and one of the event’s presenters, is among the more than 100 collaborators from 32 countries involved in the Deep Underground Neutrino Experiment (DUNE), which seeks to answer questions about the nature of matter and the evolution of the universe.

The Universidad Antonio Nariño was also one of the 180 institutions from 38 countries contributing to ATLAS, the 2007 research project that led to the discovery of the Higgs Boson.

Impressive as these accomplishments are, though, data show they are more isolated examples than evidence of a national commitment to advancing STEM education and careers among young girls and women.

The gender gap in STEM occupations remains wide. Colombian women hold only 32.9% of all STEM jobs in the country according to DANE, Colombia’s official statistics agency.

Outside of Bogotá, at least 70 percent of Colombian women and men agree with the statement, “Women are better for domestic work than men.”

DANE data show a higher percentage of women engaged in either low- or unpaid domestic work such as housekeeping or caregiving. These inflexible work arrangements leave women with less time to study and fewer funds with which to pursue more advanced education, said Moreno.

Social attitudes, inflexible work arrangements, and the paucity of women in high-visibility STEM occupations have contributed to what Moreno called a vicious cycle that prevents more women from entering STEM occupations, let alone consider it an option for their education.

“Women need to see more of themselves in STEM,” she said.

To wit, many presenters stressed the importance of role models in their own STEM careers. Falk highlighted the work of Alicia Guerrero de Mesa, a Colombian physicist at the Universidad Nacional de Colombia, as well as that of Italian particle physicist Fabiola Gianotti, currently Director General of CERN and the first woman to hold the position.

Dr JoAnn Slama Lighty, Dean of the College of Engineering at Boise State University in Idaho, pointed to the groundbreaking 1999 study by MIT molecular biologist Nancy Hopkins that revealed unconscious gender biases at work at the university. Upon its publication, the study pushed nine prestigious American universities including Stanford, Princeton, and Yale to explore the issue in greater detail.

Dr Lighty also stressed the importance of seeking out peers and allies in the field to compare notes on their career progression, resources and lab space, and to offer each other moral and professional support. Told as an undergrad that she couldn’t be serious about engineering because of her plans for a family, Dr Lighty has since built a 35-year-long career at the highest levels of her field.

She’s also a mother of two.

Dr Lighty also cited 2014 figures from the Journal of Economics and Management Strategy that showed organizations employing “mixed” offices enjoying potential 40 percent increase in revenues. She remains committed to the cause of inclusion in engineering.

“I thought it would go faster,” she said.

Gender disparity begins in Colombian schools, where boys outperform girls in science and mathematics in Grades 3 and 6, according to a 2017 UNESCO report on girls’ and women’s education in STEM. This disparity translates into Colombia producing fewer women PhDs than men. Data from the Ministry of Education show the comparison at 38.3 percent versus 61.7 percent.

There is progress on this front. For one, Falk herself has founded the Colombian Math Olympics, which offers prizes for excellence in such fields as physics, astronomy, biology, and math. And through her foundation Girls Change Latin America, engineer and Garavita graduate Natalia Molano Camargo is creating STEM-themed books and teacher workshops for use in classrooms throughout the country.

Her first book, Lily, La Niña Scientifica, introduces elementary schoolchildren to the scientific method and critical thinking through a curious young girl and famous women scientists. Her second, Building a Robot with Lily, is due out later this year.

These resources are particularly important in rural areas where girls see few opportunities for advancement beyond their immediate surroundings, and where and teachers lack subject matter expertise.

“The girls I meet want to go to Harvard. But they need the institutional support to make it happen,” said Molano.

“I’ve seen the impact of institutional support first-hand. When a girl receives a high-quality education, her family and her country flourish along with her,” she added.

Another positive development is the changing nature of engineering itself. Dr Lighty spoke about an increasing emphasis on what her team calls “wicked problems” that lack specific answers and complete data but whose possible solutions demand a more collaborative and interdisciplinary approach than typically taught.

She added that Millennial students are better-suited to solve these problems because of their increased aptitude for collaboration and greater willingness to accept people, regardless of their gender. In this new model, the professor is less a source of knowledge and authority than “a guide on the side,” she said. 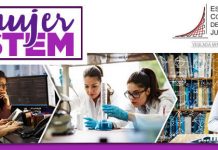 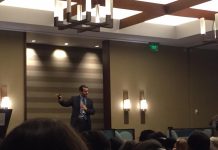 The Scientific Brain: An exploration of how science and art meet