Home Colombia Improving the fundamentals of construction in Colombia

Around 10 million Colombians live in houses that are poorly built, unsafe and hazardous to their health. Add the country’s permanent risk of natural disasters to these settlements and it becomes clear that specialized action is needed. A project by Swisscontact is entering its last phase is giving some very valuable assistance to many families in need.

Three out of four Colombians live in cities. Many of these cities have low resources and overcrowded neighbourhoods where buildings are illegally built. A lot of residents in these areas have constructed their house by themselves, with little money or experience and without any official legal permission. In general, these houses are in precarious locations: the quality of the construction is deficient which makes them vulnerable to mudslides or earthquakes.

This is a country highly vulnerable to natural disasters and one of the most landslide-prone places. Last month, a landslide killed 13 people in southwest Colombia, a reminder of the tragic landslide in Mocoa that took the lives of 320 people in March 2017. 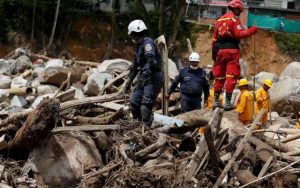 In Colombia, landslides account for nearly 50% of disaster deaths. It owns this mud-slide susceptibility to “mountainous terrain, active tectonics, occasional earthquakes, deep weathering and intense rainfall,” according to disaster expert Professor Dave Petley of the American Geophysical Union. “Add to this a vulnerable population and rapid expansion of infrastructure, and the results are inevitable that losses from landslides are high.”

Though the reasons that cause natural disasters are not easily remedied, sound town planning and better-constructed houses can mitigate their damage.

Usually, it’s the poor and the marginalised that live in the danger zones. In recent decades, many Colombians have moved from rural areas to coastal cities in search of prosperity. A lack of urban planning has caused many to land in informal urban settlements in unstable areas at the city’s outskirts.

A remarkable project run by Swisscontact wants to improve the skills of informal construction workers in these neighbourhoods. With help from Lichtenstein’s Hilti Foundation, 2011 saw the start of a new project called “Safe, sustainable and healthy construction in vulnerable urban settings”.

Swisscontact is a Swiss NGO that wants to reduce poverty by private sector development in developing countries. Currently, they have 108 projects worldwide, of which 2 are in Colombia.

In 1959, Swisscontact was founded by leading figures of the Swiss business-scene. They were convinced that because of its wealth and as a country without a colonial past, Switzerland should play an important role in international development aid. 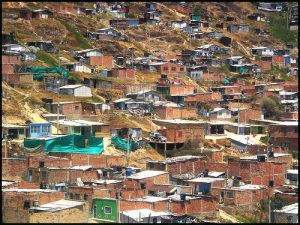 Through the Colombian project, it aims to better the technical skills and the earnings of construction workers in the informal housing sector and at the same time improve the quality and security of the constructed buildings to mitigate the risks when natural disasters strike.

To do so, Swisscontact collaborates with the Colombian SENA training institute and numerous other private companies to provide attractive vocational training for the workers, that’s adapted to the local context.

Furthermore, it sensitizes the owners of the houses to choose better quality when building their houses.

It also reaches out to the retailers to improve the services and assessments offered, so the informal workers have access to professional advice when materials are purchased.

Now the project entered its last phase. It aims to train 3,900 construction workers. At least 1,500 of them will receive a $730 increase in their annual income. Furthermore, 18,000 residents of informal settlements will benefit from the project as the quality of their life improves.

Over the last 4 years, the project has trained more than 14,000 construction workers and 570 dealers of building materials.

It has raised awareness by way of campaigns about the risk of poor construction for roughly 20,000 homeowners and advise them to demand higher quality for their homes. With the newly learned construction skills, living conditions of 28,000 residents of informally built houses have improved throughout Bogotá, Cali, Ibague y Pereira. Furthermore, the project has given 3,360 construction workers an annual increase in income by US$ 1,300.

In addition to this, more than 250,000 people had greater awareness of the campaign due to media coverage. The program also served as the basis for a similar project in Peru. 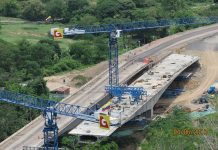 Why is the Colombian government offering to pay $1.2 trillion to Colombian banks?