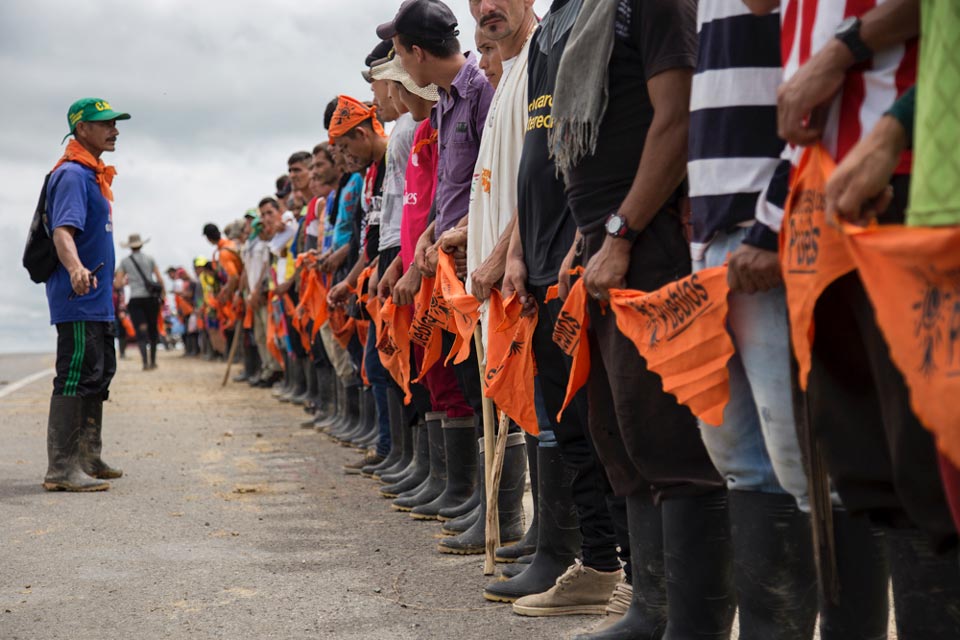 Agricultural strike continues amidst accusations of excessive force against protesters

An agricultural strike that started on May 30 has caused major disruptions and blockades throughout the country, particularly in Popayán and Cali where emergency supplies have had to be air dropped in due to the closure of the Pan-American Highway.

Agricultural and indigenous groups were joined on June 7 by the country’s truck drivers in widespread protests that have affected 24 out of 32 departments.

The Association of Colombian Truckers is angry about a “breach of commitments”, and wants to find resolutions to issues facing the freight industry, such as increased tolls and the higher cost of petrol.

The Minga Agraria – or agricultural strike – brings together a coalition of indigenous, farming, and community rights groups who feel that agreements made with the government in 2013 and 2014 have not been met. They are particularly concerned about land rights, mining exploitation and deepening neoliberal government policies.

Many roads have now been re-opened and ministers and officials have begun a process of break out talks with protest groups in several different departments. A summit between indigenous groups and the government is planned for June 29.

The strikers claim that three people have been killed and over 200 injured following clashes with the armed forces and ESMAD riot police; with tear gas, stun grenades and aircraft flyovers being used to control the riots. Defence Minister Luis Carlos Villegas countered that the authorities would do everything they could to keep the roads open, and said 54 soldiers had also been injured. He also claimed that the ELN have infiltrated the demonstrations and stressed that these have not been peaceful protests.

Both he and President Santos insisted that the government is open to dialogue and supports people’s right to protest, but that the government also has a responsibility to protect the rights of all Colombians. The president said: “Please, go ahead and protest, you are welcome to. We respect [your right to do so], we defend it, but don’t turn to illegal conduct.”

In a statement, Amnesty International said, “The Colombian authorities must ensure that the security forces, in particular the ESMAD anti-riot police, refrain from using disproportionate and excessive force against demonstrators.”