March sees the city go theatre crazy, with dozens of venues and public spaces getting taken over by thespians. Azzam Alkadhi explores two alternative theatre festivals in the capital

With all the hype surrounding the Festival Iberoamericano de Teatro de Bogotá (FITB), you could be forgiven for thinking that it’s the be all and end all of theatre in March. Yet you’d be missing out on two other less mainstream festivals that are nonetheless worth a visit. While they don’t aim to compete directly with the larger event, they do hope to offer punters a different theatrical experience.

The Festival de Teatro Alternativo has been running since 1994 and aims to promote and support Colombian theatre and explore new trends in the local industry. The event, which runs almost simultaneously to its larger counterpart, acts as a platform to showcase Colombian creativity.

This year has a special focus, as explained by director of the Corporación Colombiana de Teatro, Patricia Ariza: “We dedicate this festival to 50 years of Teatro La Candelaria and its arduous attempts to narrate the story of this country, the conflict and the bravery of our people.”

As part of this homage, the theatre will be putting on three special plays.

With more than a hundred shows, a series of creative workshops and even poetry readings taking place across 22 venues, this is by no means a festival in the shadows of FITB, but an interesting and important cultural event in itself.

Tickets cost $12,000 per show or $30,000 for entry to six functions. Visit corporacioncolombianadeteatro.com for more information. 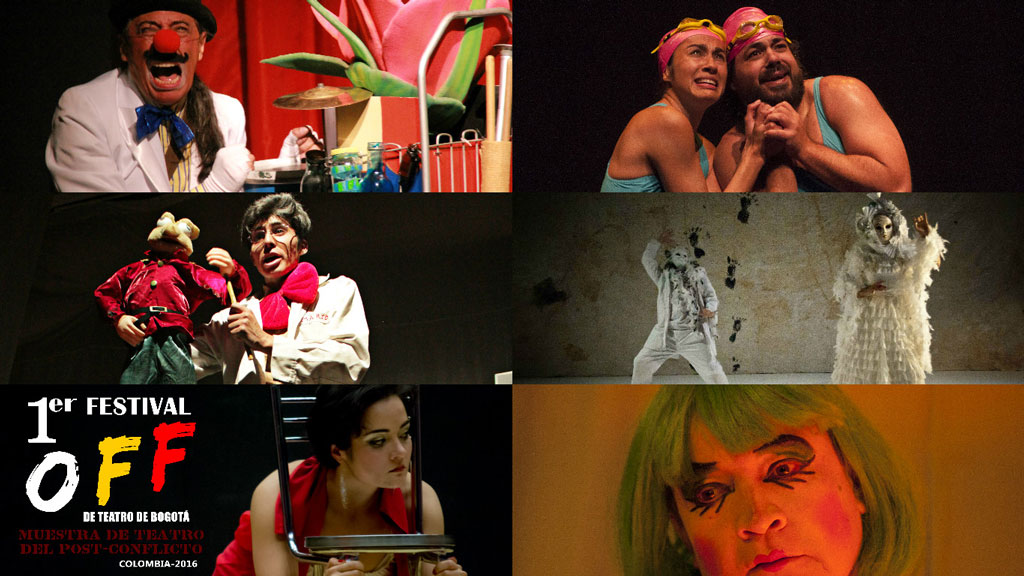 Made up of a conglomeration of theatres and groups that are not participating in the FITB, this is the first edition of this independent theatre festival, which will be focusing on Colombia’s imminent post-conflict period. All of the shows are centred around the end of the peace process and what it may bring.

There will be 50 shows across eight locations, and organisers claim that the festival was born out of passion for theatre and a perceived need to promote new practices and up-and-coming artists. The hope is that this event will showcase the work of independent theatre groups, providing a platform for those who might not otherwise have the opportunity to get their work out to a wider public.

It will also include spaces for dialogue and reflection on violence, war, peace, post-conflict, victims and the role that art and theatre have in creating a post-conflict Colombia, with contributions from artists, journalists and directors.

The voices of Otello