Whether on email or snail mail, it’s important to be able to use formal language. Oliver Pritchard looks at some do’s and don’ts of formal communication.

A difficult part of language learning is formality. It’s easy to chat with friends, but that’s not always an appropriate way to talk to everybody. There are lots of reasons to use formal language – in job applications, when dealing with businesses, when doing business with people, when applying for grants or study programmes, writing for journals, instructions, legal documents or other official papers.

Formality in almost all languages has its own vocabulary and certain structures are much more common than in daily speech. It is often presented by coursebooks and teachers as being a completely different language, but that’s untrue. Some languages do work like that, for example Japanese, but in English it’s simply necessary to remember a few basic principles.

First of all, let’s look at what we should not do. Contractions are a very natural part of regular English, but in formal written English they’re considered a bit lazy. So, instead of wanna, use want to, instead of gonna, use going to. Those are pretty obvious, but you should be careful with more standard contractions: I am, he is, it is not, they are and so on. Remember that can’t is cannot, not ‘can not’. Don’t worry about every contraction, but try in general to avoid them in both speech and writing.

Following the last point, you should also avoid slang. It looks lazy and far too informal. Remember that we use slang to show how close we are to someone, a form of connecting socially. Think about how you communicate with a business – do you want to be friends with Claro or DirectTV or do you want to present yourself as an important person that they should take seriously?

Writing in the third person

Following the idea of writing in the third person, the passive voice also becomes more important. The passive voice is something that all Spanish-speaking students learn and very few students use. This is usually because it is not used very much in normal Colombian speech. However, it is used in formal writing much more frequently. This is exactly the same in English, where formal writing uses the passive much more than regular writing. The reason is that the topic of discussion in formal writing is usually much more important than the people who do the action.

Good news for Spanish speakers! A lot of words that come from Latin or Greek are considered much more academic and formal than their cousins from Germanic or Celtic languages. For example, verbs like ‘propose’ or ‘collaborate’ are perfectly acceptable in formal writing. Although they can make Spanish speakers sound a bit strange in casual speech, speaking formally it is a big advantage.

This presents lots of problems for my students, who are often desperate not to make a mistake here. Most important point first: it’s not that important. It’s a much better idea to send a formal letter or email with a slightly wrong salutation than spend hours worrying about the correct form and miss a deadline. However, it’s always best to be more appropriate when possible, so look at the email we’ve laid out for you. When replying to an email or letter, you can always repeat the form used in the one you originally received.

Finally, it’s important to remember the golden rule of writing: you need to be understood. If you can’t communicate your message then it’s a waste of time even writing. In fact, it’s maybe better not to write at all. I find that many of my students try to write highly complex sentences with lots of mistakes. This prevents comprehension and stops the reader understanding the message. It is always much better to sound slightly strange and be understood. It’s a very common mistake to assume that writing in a complex style is always better – plenty of Colombian professors will tell you that they wish students wrote in simpler Spanish instead of trying to use language they don’t completely understand.

So, good luck with using your formal language. It’s a useful way of making yourself sound more professional and serious. It also encourages you to think about the words and style that you use – not just for formal writing, but in all communication. It might not always be necessary, but it’s great to know how to do it when you need it. 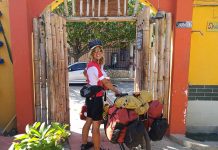