The construction of a urology centre prompts our columnist to peruse the pressing issue of peeing.

Is it just me, or is it hard to have a pee in Bogotá? And is the lack of public toilets part of some neo-liberal plot to force people into shopping centres and boost urology clinics?

I ask myself this as I spend much of my time cycling about the city, zig-zagging between centros comerciales (all the better to have a leak). Admittedly, I have a weak bladder. Luckily, the new, seven-story building erected nearby turns out to be a huge urology centre.

“Urine retention can cause all sorts of health problems, so pee whenever you feel like you have to,” explains the urologist to me in the same edifice. “And never reduce your fluid intake, you must stay hydrated. And stop drinking tea and coffee, they make you go more.”

Altitude, apparently, does the same thing, making Bogotá an even more likely place to be caught short.

Of course, lack of public toilets is a trending global phenomenon, with city councils everywhere boarding up public loos faster than you can say Sanpic, or in the case of European cities, converting them into bistros.

Bogotá, it seems, never had many to begin with. This shortage has been a public bugbear for as long as anyone can remember. In 1990, city health chiefs railed that having nowhere-to-go caused “infections and illnesses,” but also acknowledged that the few remaining loos were so filthy that they “posed an even greater health risk.” Earlier decrees to sanitise the city in the 1960s resulted in public toilets being built, but they closed shortly thereafter when they devolved into drug dens.

Related: Going Local: A church for all seasons

Early in their tenure, every incoming mayor expects to spar with a small but vocal contingent of citizens groups – often older, like myself – who demand more public toilets. Bogotá averages 76,000 residents per public toilet, but in Bosa and Suba that rises to over 100,000 per facility.

Then there’s the fee to spend a penny: the few public toilets here charge an exorbitant $1,000 per person (and “all children pay”), which, in real terms, means rolos pay at least three times more of their income than most places in Europe (taking London’s Waterloo station as a benchmark). This might be OK for tourist sites like Monserrate, but it’s a significant cost for folk at the bus station or those trying to enjoy public parks.

Nights out are often to trendy craft beer watering holes where some hipster has artfully calculated every decorative detail of their boutique bar but woefully ignored the fact that human bladders are not bottomless pits.

A lot of people end up peeing behind trees. This only works well for half the population and is outlawed in the Police Code, though this doesn’t seem to have stopped anyone. Even the tombos (the police) themselves are regularly outed on social media relieving themselves under bridges.

Then, of course, there are the big luxury shopping centres. Here, the toilets are free but are inevitably placed on the mall’s top floor, which means that those wanting to use them must go up six flights of escalators. Adding insult to injury, the flights are opposite one another so you’re forced to pass the designer shops on each floor as you go up. Mercifully, you eventually get there, greeted by a sanctuary of immaculate urinals, functioning cubicles, gleaming granite floors, and free-flowing clean water and soap. The only slight discomfort is trying to have a whizz while the cleaner passive-aggressively mops around your feet.

Unfortunately, such luxury loos are few and far between. Sometimes, I find myself infiltrating cafes scattered across the city, hoping for some relief but understanding I’ll probably have to buy something – often a tempting jugo natural – which just worsens the situation.

Nights out are often to trendy craft beer watering holes where some hipster has artfully calculated every decorative detail of their boutique bar but woefully ignored the fact that human bladders are not bottomless pits.

Usually, then, the unisex sit-down toilet is tucked away in a former broom cupboard under the stairs where boozed-up Adán must duck down and aim his pee stream at a distant toilet bowl. Poor Eva has to somehow levitate above the ensuing mess.

“I’m not drinking more because I’m not going to face that toilet again,” a female friend told me in one such bar, a useful reminder that a lack of proper toilets will affect an establishment’s bottom line.

Whereas old airliners had banks of roomy toilets with alluring possibilities for those keen to join the ‘Mile High Club,’ the modern fleets have cut back to cram in more passenger seats.

This toilet-planning blind spot even extends to Bogotá’s new-ish airport, which has placed lovely large loos in remote corners of the concourse but, confoundingly, installed smaller toilets in the airport’s most crowded areas. As I queue for a pee while waiting to board a flight, I wonder: Is this all some sick social experiment? Has some marijuana-hazed CAD designer inverted the algorithm?

I later unload my ire onto the family: “Surely the builders of such an otherwise excellent airport couldn’t have overlooked the fact there is only one men’s urinal functioning at the very busiest confluence of the departure lounge! I had to wait for 15 minutes for my turn!”

“Welcome to our world,” my wife replies drily, speaking on behalf of women everywhere.

Unfortunately, the airport’s less-is-least concept has now spilt over to the aircraft themselves. Whereas old airliners had banks of roomy toilets with alluring possibilities for those keen to join the ‘Mile High Club,’ the modern fleets have cut back to cram in more passenger seats. The lone remaining working cubicle is so constrained that larger tourists, according to recent tabloid reports, may not be able to get in. Maybe they’ll make a club for that too.

Back on the ground, commuters are now publicly taking a tinkle on Bogotá’s TransMilenio buses, as if the morning commute wasn’t already unpleasant enough. Even worse, people are filming it. The ensuing media hoo-ha usually condemns citizens’ ‘lack of culture,’ rather than the city’s lack of toilets. Out of 147 Transmi stations only 11 have toilets. That’s a shockingly low number.

Could this be about to change? Stung by public criticism and a court ruling against the Transmi for not providing toilets for its own employees (let alone its clients), city chiefs are now preparing a decree that will put at least three cubicles and sinks at (or close to) every station.

But don’t hold it in. The diktat is, after all, just the latest in a decades-long list of ordinances, planning codes, and court orders – some brought by private citizens – to increase toilets in the city with little to show for them.

So, in the meantime, as the French say, demerde-toi (figure it out yourself). To this end, I revisit my urologist to present her with my idea for a personal training plan. This involves slowly increasing my beer intake over several months to stretch my bladder to its former youthful elasticity. Could that work? Maybe there’s an app for it. She delivers her verdict on my bird-brained bid to outwit biology: “This plan is rubbish. Alcohol is a diuretic, too, so no more beer.”

Rats. I cycle home feeling personally aggrieved – no tea, no coffee, and now, no beer. These account for all the fluids that enter my body. So please, Bogotá, cheaper toilets and more of them. $1,000 is kind of taking the piss. 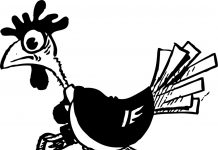 Battle of the buildings: The terrors of Colombian resident associations 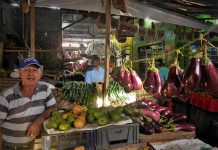 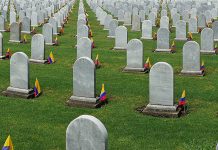