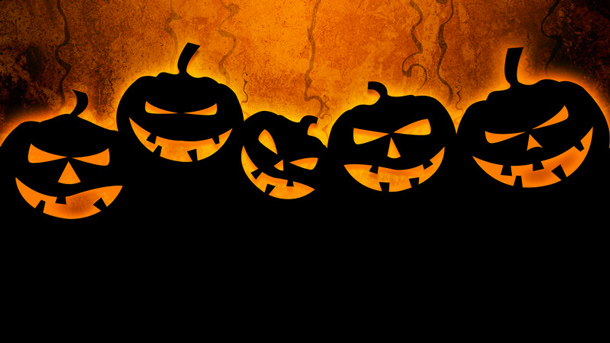 Once again the party that Bogotanos wait all year for has nearly arrived, with everyone set to dress up in the cutest, weirdest, most revealing or scariest costume. The last weekend of this month, and indeed those preceding, will see the city turn into a parade of spookiness, and María Alejandra Jaramillo takes a look at some of the best parties and events taking place across the city

Latest: Halloween events in Bogotá in 2017

One of the city’s top electronic music nightclubs will totally blow the roof off with Claptone playing on October 30. Get ready for a night that will have you dancing until the sun comes up, and possibly beyond. Baum’s Halloween weekend will also see Ben UFO & DJ Tennis playing on October 31 and Steve Rachmad & Matias Aguayo hitting the decks on November 1.
Calle 33 #6-24.

Each year the zombie march sees thousands of Bogotanos going all out with their costumes and parading from Plaza Bolívar to the Parque Nacional, always with a social objective. This time around 30,000 people are expected for a zombie march with a ‘No al maltrato animal’ theme.
October 31, 2pm at Plaza Bolívar.

Get your Halloween off to an early start with an ‘old school’ Halloween bash featuring Cartagena’s Latin Dreams, playing a mix of the best loved reggaeton and champeta tunes.
October 22, Armando Music Hall (Calle 85 #14-46). $30,000.

A gypsy kind of hell:

For the sixth version of La Folka Rumba’s Halloween night, Serbia’s Neki Stranac will be hitting the decks. Top-notch gypsy and Balkan music with incredible prizes for the best costume – first place wins $500,000 worth of drinks(!) as well as two tickets to the Gogol Bordello concert.
October 30, Solar (Transversal 6 #27-57). $20,000.

If you’d prefer to spend Halloween at a concert and are a fan of reggaeton and bachata you will love this party. Famous artists like Reykon, Andy Rivera, Karol C and Elmerce will get you dancing like a Colombian, with all the hips and sensuality it requires.
Royal Center, Carrera 13 #66-80. Tickets from $60,000.

A spooky night of ska and rock from two of Colombia’s most recognised bands, 1280 Almas and Los Elefantes. Music and stage settings mix in a creepy concert to get your Halloween started.
October 28, Teatro Nacional La Castellana (Calle 95 #47-15). Tickets from $30,000.

Get dressed up and party at El Techo with with prizes for the best costumes.
October 30, El Techo Mexicano, Carrera 14 #81-19 (Centro Comercial El Retiro, 5th floor)

[Ed.: Apart from the supposedly spooky lines and haunted houses on the flyer, I’m not quite sure what this has to do with Halloween. Although if you’re anything like me, you’re sure to be spooked by Nicky Jam and Silvestre Dangond on stage.]
October 31, Centro de eventos Autopista Norte. From $127,000.

For USD$25 you can have the fright of your life while taking a (bilingual) night time tour of Candelaria. It’s spookier than it sounds, and can be done most nights of this month, just make your reservation at www.toursofcolombia.com and enjoy two hours of terror.

Theatron is no stranger to a massive party, and visitors have the chance to take home numerous prizes. Fifteen DJs provide the background to a costume-laden night, with more then $12 million in cash prizes (a whopping $2,500,000 for the winner) as well as gifts from the sponsors. Also open Friday (ladies’ costume contest, COP$32,000) and Saturday (Fantasy Saturday, COP$36,00) for a whole weekend of Halloween mayhem.
November 1, Theatron (Calle 58 #10-18). COP$45,000

Perhaps scary for some, this is a night of pure vallenato from some of the genre’s top names, including Martín Elias, Mono Zabaleta, Peter Manjarrés and Ivan Villazón.
October 23, Royal Center (Carrera 13 #66-80). From $81,000.

As usual, Andrés will be putting on a huge party, perfect if you enjoy crowded places, cocktails and plenty of dancing. Be sure to have a good outfit to participate in the costume contest. There will be a party at the Chia venue as well as in Bogotá. The theme for this year is ‘Mascarade’ – have your mask ready!
Friday October 30 & Saturday October 31. Entrance in Chia costs $45,000, while it is $35,000 at Andres D.C.

Four nights dedicated to Halloween at one of the city’s top gay clubs, kicking off with a ‘fetish’ party on October 30, followed by a Hollywood-scary-movie-themed party on October 31. The main Halloween costume bash takes place on November 1, while a seemingly unrelated rooftop party with a ‘beach’ dress code is scheduled for November 2.
On November 1, the party takes place at Teatro Metropol (Calle 24 #6-31), while the others will be at El Mozo (Calle 85 #12-51). 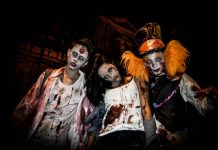 A nightmare in Bogotá