TEDxBogotá 2019 provided an afternoon of insights into overcoming adversity.

On the surface, resilience – defined as the capacity to recover from difficulties – might seem a fairly straightforward concept. If TEDxBogotá proved one thing on March 15, it was that resilience is anything but simple. Each of the 12 talks gave the 10,000-strong audience at the Movistar Arena a different – yet equally memorable – account of what resilience means, both to them and to the country.

The theme was approached from various angles: physical, mental, emotional, cultural, environmental and more. Likewise, the adversity that we as human beings all face at some point in our lives arose in a multitude of forms. One message was clear, however. As journalist Jineth Bedoya reminded us all: “There is no pain that weighs more than another”. Each experience, each example, stands alone and incomparable to the next.

From neurologist Jaime Toro debating how we become ‘more human’ in an increasingly tech-dominated world, to Grammy-nominated percussionist Tupac Mantilla guiding us into a mental state of ‘conscious flow’, to the bright, joyful expression of cultural resilience from Estrellas del Caribe, who had the whole crowd clapping along to their Afro-Caribbean psychedelia, each talk provided a new perspective and a veritable feast of food for thought.

“Not everyone has to agree on the past. But they must agree on the future.” Santiago Uribe Rocha, director of the Medellín Office of Resilience.

Resilience wasn’t confined to such human-centric definitions, but was presented in terms of its role in environmental matters by marine biologist Germán Corzo. He began his talk by asking “Do we want a future?” If we do, we have to face the fact that it is far from secure.

Whether Colombia’s extraordinary biodiversity will resist the challenges and potential disaster that climate change will bring depends as much upon our own actions as those from people in perceived positions of power. “Society can affect things much more quickly than governments,” he explained when we grabbed five minutes with him, “both in our everyday actions and in the pressure that we as citizens put on our governments.”

“I have spent 19 years transforming my own pain by understanding the pain of others” Jineth Bedoya, journalist, survivor of kidnap and gender violence.

On the same day that students from around the world were striking to protest government inaction on climate change, Corzo’s message felt particularly topical. Whilst top-down policy must pull its weight, he said, “The government doesn’t need to tell us what we should do. We all have to play a part.” We must change how we consume and ensure that environmental consciousness permeates all the decisions we make. Only this way can we hope to safeguard the country’s biological richness for future generations.

No conference on resilience and future generations here would be complete without talking about Colombia’s conflict. Pastora Mira, whose life-story is scarred by the years of violence, summed up resilience as, “The capacity to restore ourselves emotionally and physically when something very strong has left us almost without breath.”

“In 2050 the world will be different. Our brains will also have to be different.” Jaime Toro, doctor and neurology specialist.

She lost the majority of her family to Colombia’s armed conflict, including both of her parents, her youngest son aged just 18, and her daughter, whose body was eventually found by Mira after seven years of searching. Her younger brother, who disappeared shortly after the death of his own son in September 2001, is still missing. It is not just the tragedy that she has borne which is unimaginable, but the fact that she does not dwell on the bitterness of the past; her thoughts are fixed firmly towards the future. Successful resilience, for her, now comes down to reconciliation.

Speaking to us prior to her talk, she was clear as to what she sees as the only way for the country and its people to move forwards. “We have no way of changing the past,” she pointed out, “the only thing we can influence is having a better future.” She elaborates, “If we remain glued to the past and keep remembering the pain, the anger, the anguish – which it is normal for us to feel – all it brings us is negative emotions and resentment. It is as if we were being made to drink poison waiting for those who harmed us to die.”

“If you live with purpose you cannot be indifferent. You awaken the will to live.” Efrén Martínez, doctor of psychology.

And the future that we build must be for everyone, including those who pointed the weapons. “We have to pick up the broken pieces that are left on both sides – because those that carried weapons are also human beings with their dignity broken in another way – and, after all of the damage, look each other in the eyes and try to build together.”

When it comes to creating this future, there is no time like the present. Both in terms of the event itself, where ‘so many different voices’ united in front of thousands of more willing listeners, and in terms of the point at which Colombia stands, finding its way in a new, post-conflict era.

Look for the videos for TEDxBogotá 2019 online, including on YouTube. 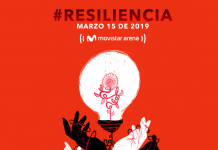 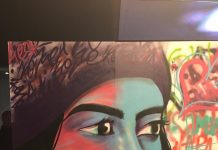