Home 2 Wheels Good Tembici – a cautious thumbs-up from us

Bogotá has a brand new shiny bike hire scheme, but what’s it like to use? We go for a spin on the new wheels.

You might have seen rows of brightly decorated granny bikes in Bogotá recently. It’s the start of a new scheme by Brazilian company Tembici to finally bring a bikeshare service to the Colombian capital. There are some 3,300 of them in more than 300 locations across Bogotá. Well, not all across Bogotá, but more on that later. These schemes have been wildly popular in Europe, most famously Paris, Barcelona, and London. They’ve struggled in other places though, with famous pictures of abandoned Chinese bikes. Which way will Bogotá go? We thought we’d try the system for ourselves.

The eye test shows most docks are often empty, so it’s either already popular or some bikes are being held back. With the aid of the BP editor, Emma Newbery, we decided to test out the system on a relatively easy jaunt from Calle 53 to Lourdes. That’s a 20 min or so walk, so just about worth using a bike. There are also three docking points close together. That’s important because the system wasn’t showing many of those 3,300 bikes as available. In total, we could see under 10% available. With two together at Calle 53, we were in luck!

It’s fiddly and annoying to get started, to say the least. The first dock we find has no guide to the system and it’s not intuitive. The next dock along, though, has a sticker explaining how to download the Tembici app. We strongly recommend doing this well before taking a bike. Preferably from a comfy chair at home. It’s a long process and requires your passport number and country code. Cédulas Extranjerías are not accepted, strangely, and it rejects the number if you enter six digits in the CC field. The app is pretty insistent with reminders to get started and it’s not clear how much data it harvests. It also seems to flit between English, Spanish, and Portuguese at random.

Once it’s all sorted, the system clicks into gear and gets easier. There’s a map on the app with the dock sites, so you know roughly where to go. We used our phones to unlock the bikes via scanning a QR code on the handlebars, but there’s a way to register TuLlave Transmi cards if you have a regular plan set up. That’s probably a good idea – you won’t always want to be getting your phone out. The app tracks you – I bought a day pass for 10 mil while the editor tried out the pay-as-you-go function. While it confirmed our rides, the times didn’t match up and critically, the final cost of the pay-as-you-go ride wasn’t given.

The bikes themselves aren’t what you might be used to – they’re designed to be underpowered and could be annoying for long-distance routes. That’s to deter people from stealing them and make sure that people get them back into docks for other users. They do their job, though, spectacularly well. I went out of my way to go over potholes and puddles and hardly felt a bump. My feet remained bone dry despite riding through the aftermath of a Bogotá downpour. There are built-in dynamo lights and the seat has a whopping nine inches of flexibility in height – at six foot tall I was comfortable enough.

Another of the minor niggles in the system is the placement of the docks. After freeing our steeds, we have to cross roads and make left turns to get to a bike lane. While a fair few docks are handily situated next to a bike lane or transmi station, it’s certainly not always the case. We get the same situation on arrival at Lourdes – forced down to the other side of Caracas, two blocks away from the transmi and on the wrong side of the tracks. There are tonnes of spaces free.

The real test of course is, would we use it again? Both of us agree that we would. It made a slightly irritatingly long walk into a quick journey, without any of the faff of getting on a transmi. At peak times for short hops, this scheme is perfect, and it will likely also work well for connecting some of the places that public transport doesn’t easily reach. As long as you’re not turned off by the initial registration, it’s pretty seamless to use.

While we had a good experience using the system, there are some large questions that may turn off some users. One is about helmets – we spoke to a couple of bike cops that said they wouldn’t hassle anyone for not using a helmet, but that’s far from official. Then there’s insurance, both for collisions and for theft. There’s a big sign on the stem that says the bike is your responsibility when using it – which may make some people nervous. Finally, there’s the zoning – Caracas/autopista to the mountains; Candelaria up to around 140. That’s a limited area, and one that’s very well served already by public transport.

Financially, the marketing has been unhelpful at best. Social media is ablaze with criticisms of the cost – and it’s worth pointing out that it would have been cheaper for us to take taxis to/from Lourdes. A monthly pass brings that cost down significantly, but Colombia isn’t used to travelcard plans in the way that some countries are. The scheme needs to work on selling this. Then of course, you need an internet-ready card (debit or credit), which not everyone will have access to, especially younger people.

At the moment we’re giving a cautious thumbs-up to the scheme. There are a couple of issues to iron out, but it has some serious potential, especially in terms of access for people who can’t use a regular bike. That alone could make the whole scheme a resounding success and shows real ambition. The biggest question marks, as ever in la nevera, hover over the real-world application of the idea. On paper it’s superb, but will it work in practice? 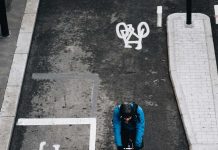