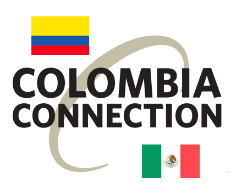 The links between these two Latin American powerhouses go far deeper than mariachis, tacos and tequila.

Colombia and Mexico share a lot more than a common language. Mexico’s cultural exports during the 60s and 70s became the backdrop to many a Colombian household. TV shows like El Chavo and the music and films of people like Vicente Fernández made a lasting impression and are still viewed fondly to this day. There’s good reason for humourist Jaime Garzón’s celebrated quote that in Colombia, “the rich think they’re English, the middle class American, the intellectuals French, and the lower class Mexican”.

It’s been fairly low key compared with last year’s full-on French fiesta, but 2017-2018 is the year of Mexico-Colombia as the two countries celebrate an auspicious 186 years of diplomatic relations. Hence the Ballet Folklórico de México de Amalia Hernández performing at the Teatro Mayor at the end of November, and various other cultural and artistic exchanges.

As in many parts of the world, you’re never too far away from a Mexican restaurant in Bogotá. However, the cuisine lost a few things on its way down here – like most of its characteristic spice – and was stripped down to tacos, fajitas, and burritos. A good place to find rather more authentic Mexican fare is restaurant El Museo del Tequila (Carrera 13A #86A-18), which tries to create a truly Mexican atmosphere in the heart of Bogotá’s Zona Rosa.

El Museo del Tequila lives up to its name, designed as it is around a collection of tequila bottles which line its walls: the third largest such collection in the world, and the biggest outside of Mexico. Currently at 3,200 bottles, the ever-growing collection is well worth a look. As much as it might grow though, it’s hard to believe that some of the existing bottles, whether gold and diamond encrusted, or paying homage to artists like Frida Kahlo, will ever be surpassed in terms of sheer spectacle.

As well as the physical effect of being surrounded by all that tequila, the restaurant also makes an effort to envelop its customers in Mexican culture through its dishes  and mariachi shows. This is certainly one place which goes beyond the standard taco to offer a range of delights, with a truly powerful level of spice as an optional extra. As manager Julián González says, “we’re really the best place to experience Mexican culture in Bogotá.”

Another element of Mexican culture and flavours can be seen through Bogotá micro-brewery 3 Cárites. Mexico City-born Sergio Ángel Rodríguez set up his own beer brand after relocating to Bogotá, and 3 Cárites is now part of the city’s burgeoning craft beer scene. Interestingly, Rodríguez opted to include a specifically Mexican taste as part of their range; their Habanero blond ale includes a spicy flavour all of its own. Rodríguez is keen to talk about the Habanero beer as a reflection of Mexican culture: “It’s a new flavour for people, and they need to get used to it. But it’s something that people are enjoying.” Get down to Cervecistas on Calle 45 #20-24 to check out their wares.

Mexican music is another constant in Colombian culture. Usually this is represented by figures like mariachi godfather Vicente Fernández during his many appearances in Colombia, but there have also been a few rather more avant-garde performances, such as noise merchants Descartes a Kant at this year’s Rock al Parque.

The same festival also hosted Molotov a few years ago. Molotov have always had a special place in Colombian hearts due to their song ‘Ñero’. ‘Ñero’ (meaning, among many other less pleasant things, a close friend, and shortened version of compañero), is a fascinating bit of slang, given that it’s used almost exclusively in Colombia and Mexico. There’s been a lot of linguistic interchange between the two countries over the years, with Mexicans consciously adopting the hard man talk of Colombian streets, while it’s common now to hear particularly young bogotanos calling each other wey (wey, guey or güey is slang for mate or dude in Mexico). There’s clearly an interest in both countries of sharing more than a few words and exchanging cultural identities along the way.

This year’s Bogotá Comic Con had a rather different voice on offer though, in Luis Ángel Jaramillo, who at 12 years old supplied the Spanish-language voice for the main character of last year’s Pixar-Disney megahit Coco. Given that Coco painted people’s hearts a very Mexican green, white and red, the young Luis Ángel was a welcome guest at the event.

You certainly don’t have to go as far as the silver screen to hear some mariachis in Bogotá though, with moustachio-ed musicians for hire being available around the clock. Bogotá’s own mariachi town around Caracas with 57 has more than enough variety for any wallet, with prices going from a few hundred thousand, to well over a million for the full, multi-violin show: the number of violins being what really sets apart the top price range of mariachis. With mariachis often going from birthday party to birthday party at the weekend, don’t be surprised if your hired hands arrive to your event already a bit worse for wear. It’s all in a night’s work for the jobbing troubadours, and helps to get them through the mariachi’s worst nightmare: the bucket of water hurled through a late-night window after a husband’s attempts to reconcile have fallen on rather deaf ears.

Mexico has also become something of a retreat for Colombian writers in exile. Literary bad boy and author of Our Lady of the Assassins, Fernando Vallejo, has lived in Mexico since 1971, and in 2007 went so far as to renounce his Colombian citizenship on political grounds. Architect of Macondo, Gabriel García Márquez, even wrote his Nobel prize-winning 100 Years of Solitude, for many people the quintessentially Colombian work of literature, while living in Mexico in the 60s.

It’s little surprise then that the Mexican economic and cultural fund (FCE) decided to name its custom-built cultural centre in La Candelaria after the Nobel prize winner: what better symbol of the cultural ties between the two countries? In September, the cultural centre hosted the eighth version of their annual Visions of Mexico in Colombia festival, at which the state of Jalisco was the guest of honour. This event managed to bring together books, cinema, food, and drink in a celebration of all the great things that Mexico has to offer. As the FCE’s Luisa Fernanda Peña says, this gave valuable exposure to the Mexican authors involved, many of whom are published by either independent or state companies.

There’s no end to the links between Colombia and Mexico, and seemingly no limit to the affection between the two countries. The influence that Mexico has had here in Colombia may indeed be the spice of life, and long may it continue. Totally Mexico!