Home Amazon The Amazon is burning: Can Colombia save its forests?

Record deforestation in the Amazon in neighbouring Brazil has grabbed world attention. But clearing trees for cattle also plagues Colombia.

Some years back, a friend’s family bought a finquita in the rolling coastal hills between Montería and the Caribbean coast, at 20 hectares it was just enough for a few cattle and a field of maize.

But first they needed to clear the land, so we set out in the sweltering heat with machetes, chainsaws and a cigarette lighter to remove the dry tropical forest, scattering birds into the smoky air and sending a troupe of howler monkeys scampering across the few remaining treetops into the neighbour’s plot.

“The micos will eat the maize if we leave them here,” said the family patriarch, showing me a handful of kikuyu grass seed that he intended to scatter in the scorched earth ready for the April rains.

Related story: Deforestation in Colombia, the forest is burning

The scene troubles me now. My compañeros were mostly young, educated professionals, aware of the planet’s problems, but also proud of their farming ancestry, and happy now in their wide-brimmed hats swinging machetes to tame the land.

” Hey, we’ll just chop down this little bit, but it’s not like we’re affecting the planet.”

But extrapolate that to thousands of farmers hacking out their patch of pasture and you have the makings of a global disaster, like the one unfolding in Brazil’s Amazon forest this month. Satellite data showed rainforest clearance at a ten-year high, and smoke from fires – mostly set by farmers – blotting out far-away Sao Paulo.

It struck me later that they didn’t really see their minor deforestation as part of the big picture, more like: “Hey, we’ll just chop down this little bit, but it’s not like we’re affecting the planet.”

As a shocked world watches Brazil burn, it’s worth remembering that Colombia could be next. Historically Colombia has maintained its Amazon rainforest, a by-product of conflict that kept loggers out of the FARC’s jungle strongholds for 50 years, but since the 2016 peace process the chainsaws have moved in.

Last year in Colombia 138,000 hectares of Amazon were cleared, a slight reduction on 2017 (which was a record high). But percentage-wise, it’s close to Bolsanaro’s 1.3 million-hectare bonfire (Brazil has 64% of the forest compared to Colombia’s 8%).

And that’s just the Amazon. Colombian forests are also under threat in places like the Caribbean coast, Chocó, Norte de Santander, Arauca and Antioquia.

But under threat from what?

Cows, according to recent scientific reports, hardly surprising given Colombia’s passion for sobrebarriga for its lunchtime corrientazo.

Evidence for this comes partly from satellite imaging, a potent tool in tracking tree cover and forest fires – so potent that the director of Brazil’s space agency, INPE was sacked for revealing gloomy data there.

A Colombian report from the Universidad del Rosario this year shows how a ranching bonanza filled the spaces left by the FARC in the jungle zones of departments such as Putumayo, Caquetá and Guaviare, a vast region that forms the northwest corner of the Amazon basin.

In summary: FARC guerrilla fighters spent decades in the forests. Tree cover helped them hide from enemy planes and aerial surveillance. Cattle ranchers stayed away because of the risk of extortion, kidnapping, or worse. And anyway, FARC made plenty of money from smaller-scale coca plantations and illegal mining, so didn’t need extensive grazing land.

Then, the peace accord of 2016 sent the FARC into demobilisation camps. Then deforestation jumped 44% because suddenly it was safe for ranchers (and the investors behind them) to move in and started clearing pasture.

The question is: why didn’t anyone stop them?

One finding of the Rosario study was that presence of Colombian military increased the level of deforestation. How so? Because state forces, according to the study, were not there to stop tree cutting, but rather “to protect investors from extortion and ransom carried out by illegal armed groups.”

Put simply, it seemed that the Colombian army was protecting the same ranchers and not the forest.

This might be about to change. In May this year, President Duque announced Operation ‘Artemisa’, a large military operation to brake deforestation, recover jungle, and jail those chopping it down in critical areas such as Chiribiquete and Macarena, two protected areas under pressure from invasion by farmers.

While cautiously welcomed by environment groups – particularly the message from Duque that ‘it’s time to act’ – many doubt that military might alone can fix the problem, given the complex history of Colombia’s conflict that is entwined with land issues.

According to some NGOs, a solution requires the legal recognition of the rights of small farmers that have settled ‘protected’ land for decades while also taking tough action against recent land-grabbers.

Another worry is that Artemisa is simply window dressing, since state-sanctioned deforestation actually forms part of the Colombia’s 2018-2022 ‘Plan Nacional de Desarrollo’, according to a report by social NGO Dejusticia.

At first glance the deforestation parameters in this national blueprint seem laudable: zero deforestation!  But on closer examination, the indicator only limits ‘growth in deforestation compared to the year before’ to ‘0%’ by 2022. That allows a loss of 800,000 hectares.

And looking backwards, it seems the Colombian government has long been fudging the figures. IDEAM (Colombia’s weather and environment monitoring agency) reported year-on increases of tree loss between 2014 and 2017, but somehow this was reported as a ‘success’ in the fight against climate change by former president Santos who used “maths to show a false achievement in deforestation goals,” says Dejusticia.

This sneaky use of indicators to baffle public scrutiny suggests that our political chiefs have a hidden agenda to continue taking down the rainforest, and a loophole that will likely will be used to benefit rich landowners while state forces embark on another round of peasant-bashing.

This was one conclusion of environment website Mongabay, reporting on a military operation in Chiribiquete in April that ‘recovered’ 120 hectares of land and netted 10 farmers ‘who had nothing to do with the deforestation mafia, and in many cases had spent decades living on their land’. But in the same article a former government minister admitted that one strategy of large landholders was to ‘put peasant workers in the front line to create a grand confusion’.

Into this complex panorama – which potentially puts the country’s human rights organisations in conflict with eco-defenders – the likely winners will be a political elite who scoop up any new land titles.

There are two bright spots on the horizon. One is that satellite data is proving highly effective in monitoring what happens in Colombia’s back yard (and the world is watching).

” The Amazon crisis is directly linked to over-consumption of meat and dairy in G7 countries.”

The second is, we can make a difference by eating less meat.

In the aftermath of the Brazil burnings this week, even as the leaders of the world’s ‘G7’ wealthy countries lined up to berate President Bolsonaro, a Greenpeace spokesman pointed out that “The Amazon crisis is directly linked to over-consumption of meat and dairy in G7 countries.”

According to the UN’s Food and Agricultural Organisation, cattle rearing has been the biggest driver of worldwide deforestation since the 1990s, either through pasture or crops grown for feedlots. Today, meat production contributes to 14.5% of greenhouse gases – more than all the world’s cars, buses and trucks combined.

And at last the message might be getting through. Last year a staggering 29 million Brazilians were vegetarian, according to government stats, an increase of 75% over four years.

And Colombia? Close to 60% of the population eat meat at least once a day, and vegetarianism has yet to take hold, reported Portfolio magazine in 2018. But there has been a rise in ‘healthy eating’ shops and restaurants that promote alternatives to meat.

Related: Bagazal, bring on the bulldozers.

This ties in with the world-wide trend for people to switch to a ‘flexitarian’ diet – still eating meat, but a lot less – which, according to health experts “could save your health, but also the world.”

So if you want to help the Amazon, go flexitarian. Or better still, vegetarian. And excuse me now as I save the rainforest by going to stir my lentil stew. 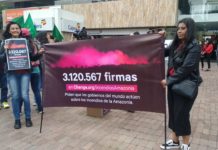 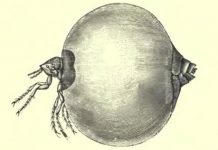